Write an algorithm which are fulfill given of following test cases.

If linked list empty or only one node then result is zero. In a situation only single node of linked list then this case there are no upcoming node.

Compare linked list nodes from first node to last node if current node is greater than next node get the current element value and add to resultant. 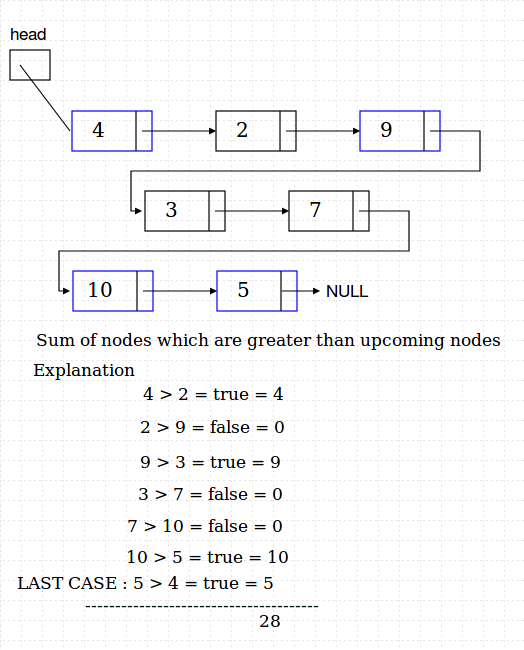