Splitting of a circular linked list into two parts. When linked list contains Even numbers of nodes. Then resulted of this, there are divided into two equal parts. head1 is contain first half nodes. And head2 contains second half nodes. 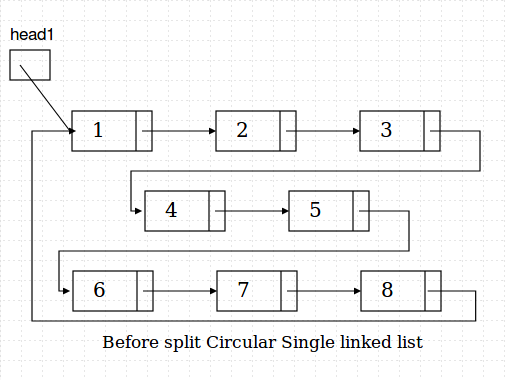 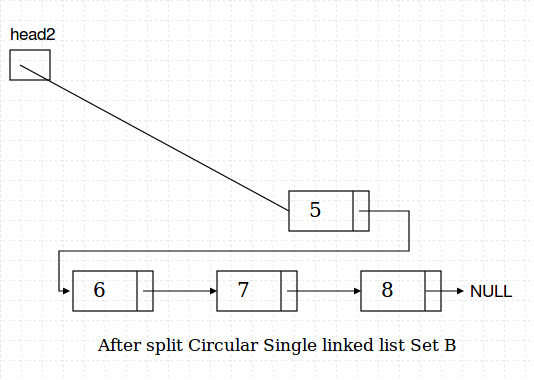