In ruby programming language include? method, are used to check particular object in array. Such as object is present in array or not. Syntax of this method as follows.

This method are compared inner element of array to given objects. When object is same type and its value are similar then this returns a true value otherwise return false. Let see an example. 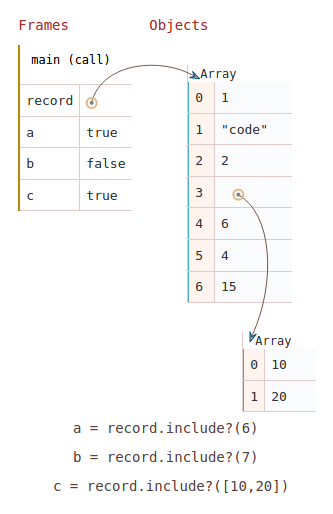