This is very simple problem are how to remove last node from singly linked list. We can solve this problem by finding the last node of linked list and after that remove this node element.

Repeat this process until p2 next pointer are not NULL. When p2 next upcoming node are null. In this situation p2 is an deleted node last node. And p1 is holding the reference of second last node, Then p1 next node are set to NULL. and remove this p2 node. 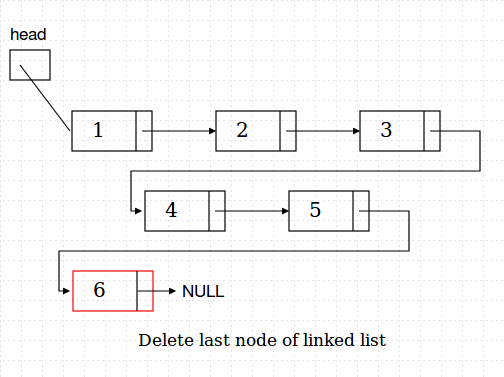 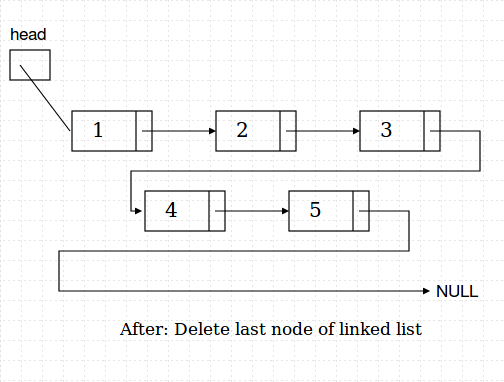