Suppose given a linked list which are sorted form. But in this linked list are exist repeated node values. Our goal is to delete this duplicates node which are exist more than once.

1) There is possible to linked list is empty. In this situation display valid message (Linked List Empty).

2) When repeated node more than once in a sequence. in this situation not remove first node and after that remove other similar nodes. The advantage of this process we are no need to modified head of linked list of during this process. when duplicates nodes are exist in front of position. Otherwise we are need to replace head of linked list. 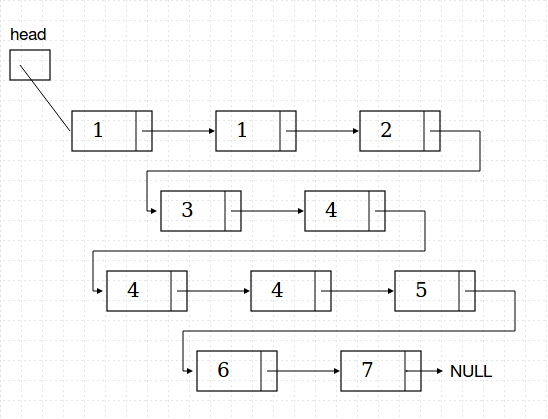 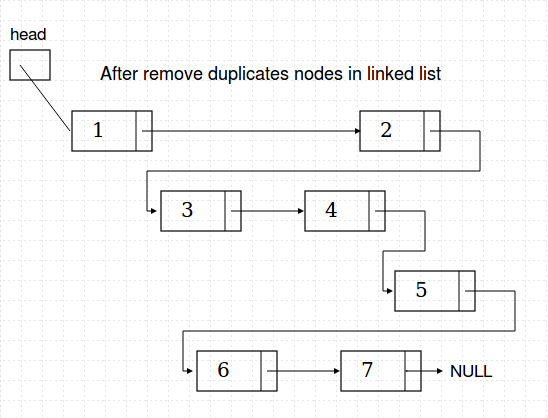