This is a transpiler, which syntactically converts Java code to C# equivalent code. This is simplest and interactive code converter which is support java 8 packages.

How To Use This?

That is similar to compile java code in your local system. First put your java code inside input box and mention the file name (Which class is public and define main method).

The file name is important, because we first check whether your code is valid. If it is valid then the process of converting to Java -> C# works.

Here ArrayList are not indicate initial type. So this tool indicate warning in this type of situation.

Solution of this problem use (@SuppressWarnings("unchecked")) at the top of class.

Note that this mechanism are avoid warnings. so try to provide valid type because it's difficult to convert generic code.

This tool not converted lastIndexOf of method so survey are display. 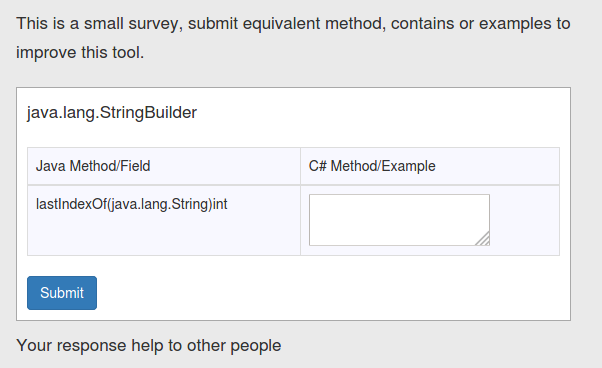 This is support java 8 packages such as java.time, java.io,java.util etc. Its does not work custom or third party java packages.

This tool does not provide 100% accuracy. This is in initial stage which is similar to Java To Php Converter.

This tool is allows to 100 request to each user in every 12 hours. Which is calculated when your code is not produce any kind of error and warnings.

Generated code is produced by your given code so it must be valid java code which is define inside class. You can also define more than one class in single file.


Please share your knowledge to improve code and content standard. Also submit your doubts, and test case. We improve by your feedback. We will try to resolve your query as soon as possible.